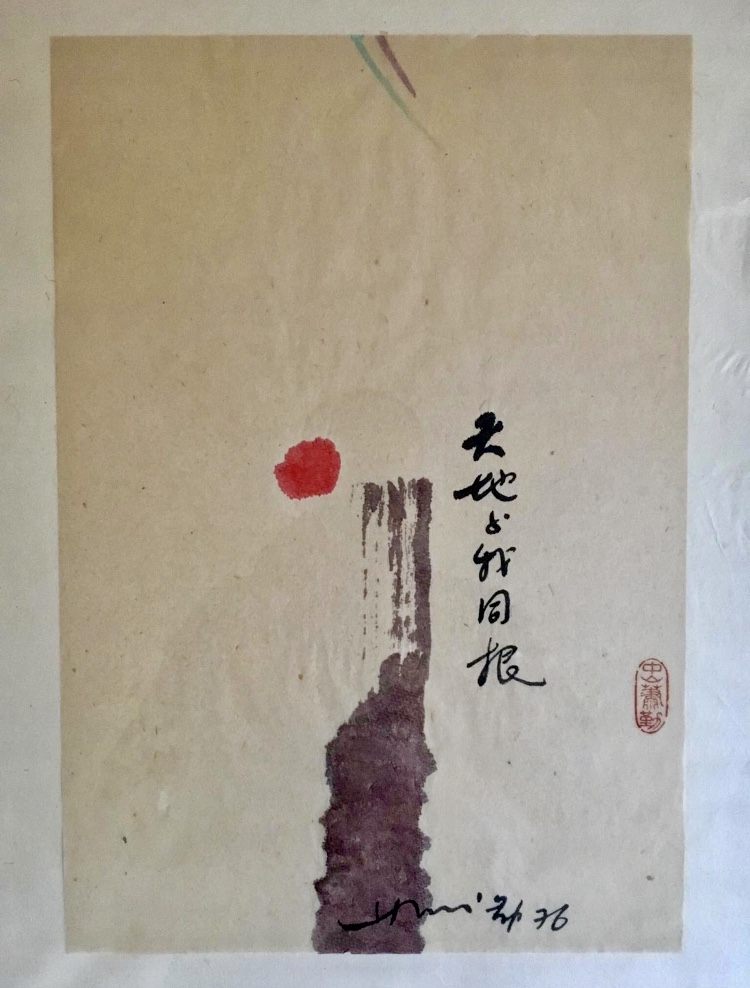 HSIAO CHIN was born in Shanghai in 1935. After the first art studies, he participated in 1956 in the foundation of the Ton-Fan group, which collects painters of the abstract trend. Thanks to a scholarship set up by the Spanish government he went to Madrid and Barcelona, ​​where in 1957 he held his first solo show and a group exhibition dedicated to the Ton-Fan group. At the end of the fifties his reflection on Taoist philosophy begins; he settled in Milan, where he began to exhibit regularly by Giorgio Marconi. In 1961, together with Antonio Calderara he founded the Punto movement, to which are added members of the international avant-garde. His research combines elements of oriental culture and spirituality with the profound knowledge of Western artistic modernity.

After long stays in London, Paris and New York, he returned to Milan in 1971 and began to devote himself to teaching (first at the European Institute of Design, then at the Academy of Fine Arts of Brera). In 1988 Studio Marconi dedicated a first major retrospective to him. The following year begins the series From the spring of Beijing to the massacre of Tienanmen, inspired by the dramatic events of 1989, while the cycle La Grande Soglia, which began in 1990-91, stems from a reflection on life and death after the disappearance of his daughter Samantha. Among the major exhibitions of recent years are the retrospectives of Taipei (1995), Taichung (1996), the great retrospective of 2002 in Milan at Spazio Oberdan, Lattuada Arte, Giò Marconi and the Mudima Foundation, and in 2006 the exhibition at the Beijing National Museum of Art.