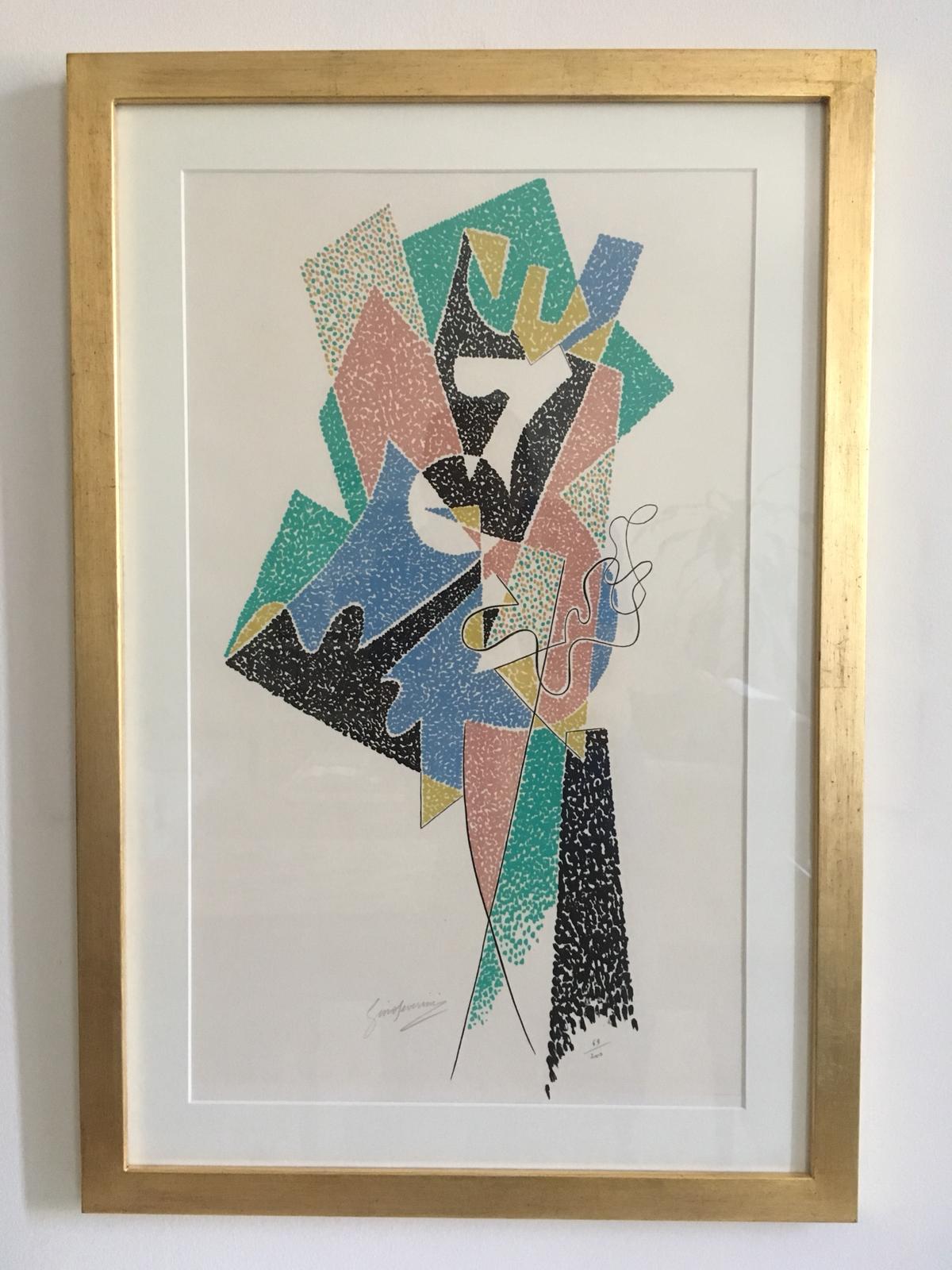 Painter (Cortona 1883 – Paris 1966). In Rome since 1899, he met U. Boccioni and G. Balla who introduced him to the divisionist technique. Settled in 1906 in Paris (where he spent most of his life with intervals), S. came into contact with the circles of the artistic and literary avant-garde, binding himself, in particular, to P. Picasso, A. Modigliani, M. Jacob and P. Fort. Initially oriented to the study of G. Seurat in landscapes and views of Paris of great chromatic sensitivity, he then turned, urged by the futurist instances and the unanimist poetics of J. Romains, towards formal solutions that tend to make the sense of cosmic movement (Dance of Pan Pan al Monico, 1909-11, dispersed during the First World War, the work was repainted by S. in 1960 on the basis of photographic documents, Paris, Musée national d’art moderne). Among the signatories of the first Manifesto of Futurist painting (1910), S. played an important role as a link between the Parisian environment and the Futurist group (in 1912 he collaborated with F. Fénéon in setting up the exhibition Les peintres futuristes italiens). After a stay in Italy (1913-14), returned to Paris, S. carried on, next to paintings that interpret in a cubo-futurist manner the war (Cannon in action, 1914-15, Frankfurt, Städelschen Kunstinstitut), a series of works inspired by orphism (Mare = Ballerina, 1913-14, Venice, Guggenheim Foundation) and synthetic cubism (Zingaro playing the accordion, 1919, Milan, Gallery of modern art).

In 1921 he published the essay Du cubisme au classicisme which sanctioned his adherence to a full and crystalline figuration, heralded by works such as Maternità (1916, Cortona, Museo dell’Accademia etrusca). With an intense work of theoretical elaboration, in tune with the positions expressed by the group of Plastic Values, to which he had joined in 1919, S. came to the definition of calibrated compositional rhythms in which themes taken from the commedia dell’arte, portraits and still lifes with fragments of the ancient, they appear immersed in metaphysical atmospheres of Mediterranean light. Since the 1920s, also marked by a religious crisis that culminated in 1923 with full adherence to Catholicism, S. tended to abandon the easel painting to dedicate himself to mural decoration, treating the fresco and the mosaic with great decorative talent (decorative cycles for the castle of Montefugoni, Florence, 1922, for the church of Semsales, Friborg, 1924-26, for the church of Notre-Dame du Valentin of Lausanne for the building of the Triennale di Milano, in 1933, for the University of Padua and for the Foro Mussolini in Rome, in 1937).Established since 1946 in Meudon, S. returned to geometric abstraction, recovering with great equilibrium decorative themes and ways of Cubist inspiration (decorations for the Palazzo dei Congressi in Rome, 1953). In addition to writings on contemporary art, he published the autobiographical volumes Tutta la vita di un painter (1946) and Temps de l’effort moderne. The life of a painter (post., 1968).