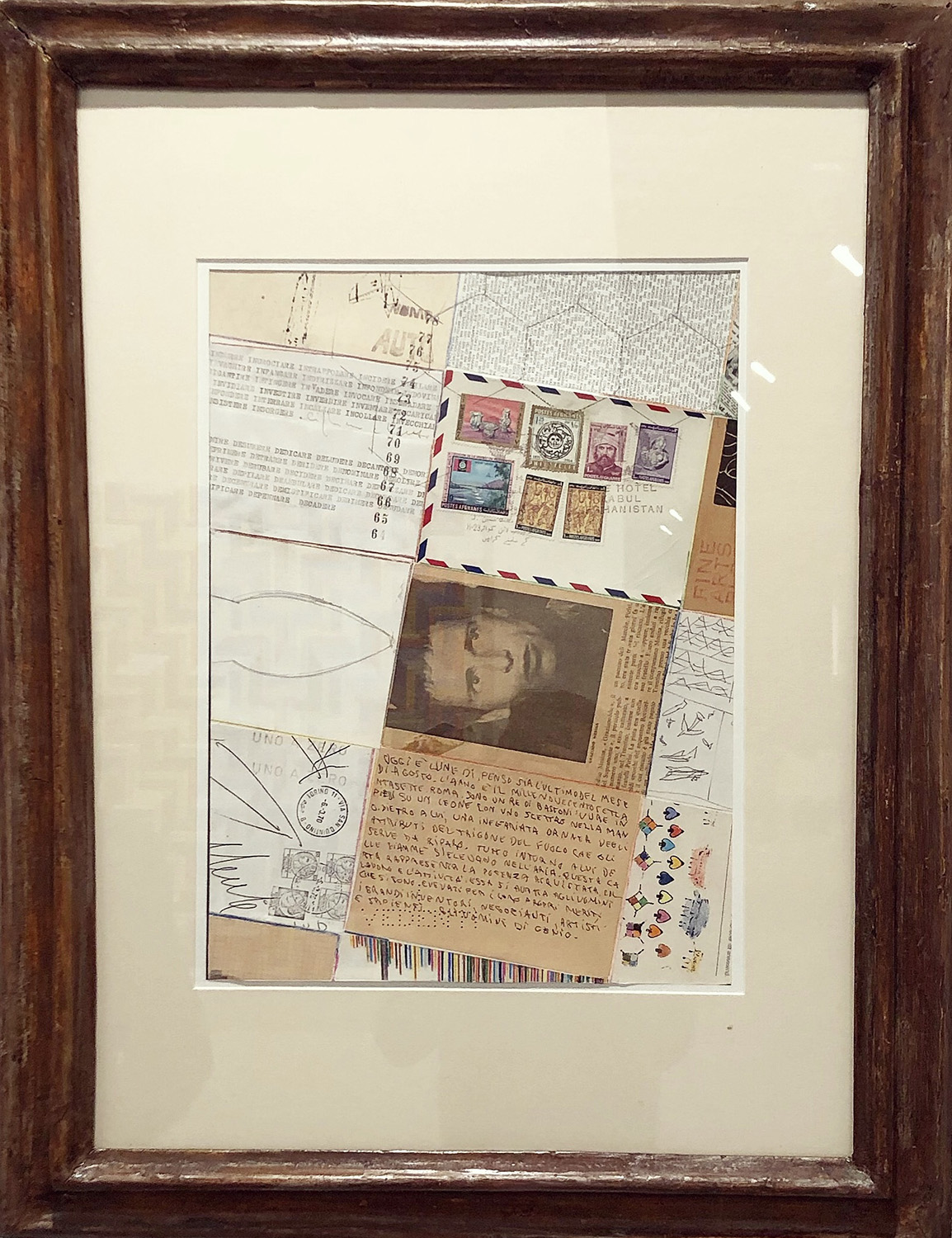 Italian conceptual artist (Turin 1940 – Rome 1994). Exponent of the poor art, tireless experimenter, B. has analyzed the themes of the alternation, of the contrast, of the double and of the own identity (significantly doubles the name in Alighiero & Boetti). Among the works: Tutto (1987, embroidery), Self-portrait (1993, bronze and electric and hydraulic device). LIFE AND WORKS: Interrupting his studies in economics and commerce, he dedicated himself to self-taught art, elaborating neodada-inspired works. Exponent of the movement defined by the critic G. Celant arte povera (1967), he produced works in heterogeneous shapes and materials, expressing with irony the idea of ​​contrast (weight and lightness, transparency and opacity, eternity and fugacity) or of accumulation: Columns (1968, stacks of paper doilies); Cimento of harmony and invention (1969, infinitely varied linear paths born from the pencil tracing of a squared paper). Long stays in Afghanistan, trips to Europe, Africa, the United States and Japan have made his work more profound and complex. Always privileging the conceptual aspect of the artistic operation, B. has analyzed the themes of alternation, of the double and of his own identity, reaching significantly to adopt his double name (Alighiero & Boetti).

His research, inspired by the unconditional freedom of artistic expression and marked by constant experimentalism, was expressed through small-format works and projects of great commitment: Maps (series since 1971, embroidery); Putting the world into the world (1972-73, ballpoint pen on intelated paper); All (1987, embroidery, Musée national d’art moderne, Paris); Alternating from one to one hundred and vice versa (series of works performed by Afghan artisans: 1987, embroidery, since 1991, kilim); Self-portrait (1993, bronze and electric and hydraulic device). B. participated in the most important exhibitions of contemporary art (When attitudes become form, 1969, Berne, London, Krefeld, Kassel Documenta, 1972, 1982, San Paolo Biennial, 1975, Venice Biennale, since 1976, etc.) , and relevant retrospective exhibitions of his work have been presented at the Galleria Civica in Turin (1996), at the National Gallery of Modern Art in Rome (1996-97), as well as at the Museum für moderne Kunst in Frankfurt (1998), at Whitechapel art gallery in London (1999) and at the Venice Biennale in 2001 and at the Modern and Contemporary Art Gallery in Bergamo (2004). In 2009, an exhibition curated by A. Bonito Oliva at the Museo Madre in Naples re-proposed the artist’s work back in the chronological period from 1993 to 1962, while among the most recent exhibitions we still have to mention the great retrospective exhibited at the Reina Museum Sofia of Madrid (2011) and moved the following year to the Tate Modern in London and the MoMA in New York, and the exhibition Alighiero Boetti in Rome hosted at MAXXI (2013).