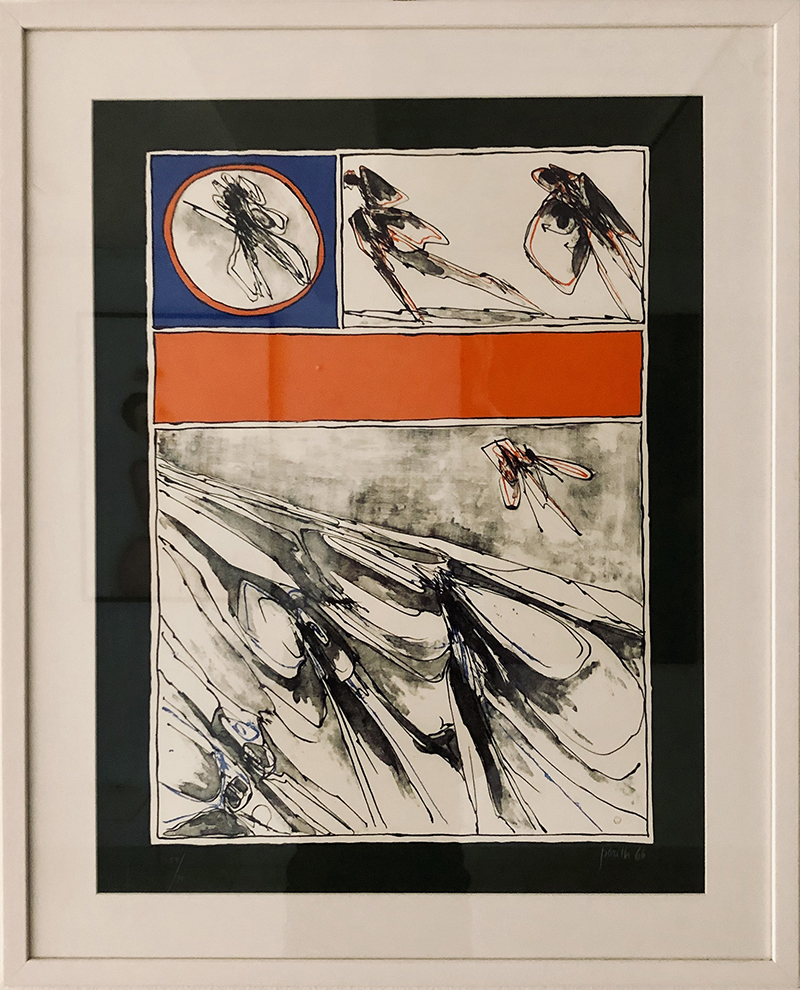 Italian painter (N. Rome 1927). Among the signers of the manifesto of the Forma group (1947-48) for the defense of abstract art, he also collaborated in the publication of Forma 1 and Forma 2. In 1949 he joined the MAC (Movement for Concrete Art); from 1957 to 1960 he published the magazine The modern experience with G. Novelli; with others he founded (1964) the Grammatica magazine. He participated in the Venice Biennale (1962, 1968). Initially interested in abstract compositions with graphic-narrative sequences, from the seventies he dedicated himself to machineries, mutant structures, determined by an irrational methodology.

Always in contact with the most avant-garde cultural environments, in 1971 he wrote the Manifesto della Folle Immagine in the Imaginary Space; in 1972 he took part in the establishment of the Altro Group; in 1982 he published the manifesto Theory of geometric irrationality. He also collaborated in theatrical productions. A P. has been dedicated numerous personal exhibitions and retrospectives in important galleries and museums: National Gallery of Modern Art in Rome, 1988; National Calcography of Rome, 1992; Mole Vanvitelliana of Ancona, 1998; Institut Mathildenhöhe of Darmstadt, 2005; Scuderie Aldobrandini di Frascati, 2006. Since 1995 he has been a member of the National Academy of San Luca.